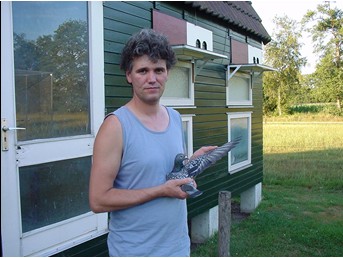 As the winning of a competition makes a speed of 839 MPM then everyone will understand, that we are dealing here with a very tough competition. Mont de Marsan of 2006 There was one of that caliber. A frail hen with ring number 03-1828460 by Harold Zaidi (37) from Den Ham signed for this magnificent performance. To 15.12 hours she was at a distance of 1084 km clocked. With this performance she was also 10e national in Sector 3. Harold underlined with this performance the class of his modest loft. A few years ago he obtained the appropriate Championship and had the ACE pigeon in VNCC.

If it's heavy going.
The winner of Mont de Marsan, basketed on a young at 5 to 6 days, is not to allow its test piece. Also on Brive this year she played in our VNCC a 21e price against 3145 pigeons.(83 International against 8620 pigeons) Brive this year was also a flight many hours open. Harold: "My pigeons to be the yet of flights around the 1000 MPM open. There I select they also on. If the quick flights are, then I am not usually at ", Thus Harold. On the spicy Brive this year plays Harold a whopping 15 of the 20 pigeons in the prices. Either a price rate of no less than 75%. "When the fast is, then I manage not usually able to play in the Cup ". As an example he mentioned the Perigueux this year, a flight that begins with speeds above 1500 MPM. The first pigeon from Harold found on the still respectable 144Ste place. Maybe not too early, but many run their first pigeon much later. Eventually he substantiates his words with 4 prices of 25 entries on this Perigueux. 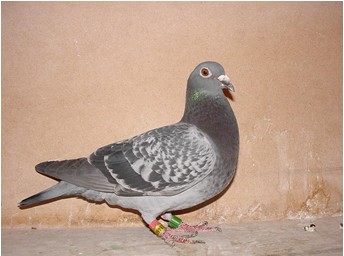 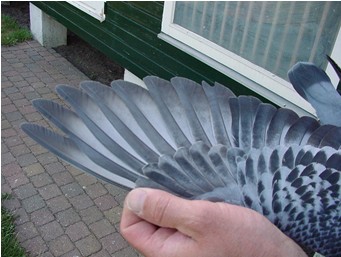 The winner of Mont de Marsan flew, as said already multiple prices. As a yearling she flew in 2004 a 400e of Angouleme against 3042 pigeons. Internationally it became a 580e against 6811 pigeons and a 4e of Limoges against 1468 pigeons. In 2005 She flew a 177e Brive against 3650 pigeons (393e International against 9540 pigeons) And again on Limoges a 2e against 1384 pigeons. No wonder, that the name "Yung Limo" was given to this dark hen. The prices of 2006 we have already mentioned above. Before the hen to Brive was Harchies went, e I have flown twice Duffel har itself still trained twice from Rosmalen.

Origin
Harold doesn't love what growing concerns a realistic vision on after. "Growing a collection of pigeons is a matter of patience and quality. In the beginning, grow your multiple lines where you have confidence, but in the end the practice, that only a few pigeons are good enough to go. On my loft, are the two main lines where I after many years have built my loft. The Pearl line of Van der Wegen (via ruitenberg) and the descendants of my 94-0071336 either the "1336" a pure Theelen containing still "the 510", "The vale Marathon" This cock is the father of the 1e-2e-4e-6e– price in VNCC; grandfather of the 3e-11e-23e– in VNCC and the grandfather of 1e-10e– in section 9 and 9 x 1e in association etc. Father of Yung Limo is this same ' 1336 "mother hen" is a "loan of Jan Magyar from Nijverdal and is a granddaughter to the" Perpignan "-hen from the loft of Jan Walpot (1e National Perpignan and also mother of the 2e National Barcelona). So far the story of Harold. Once again congratulations on this magnificent performance.