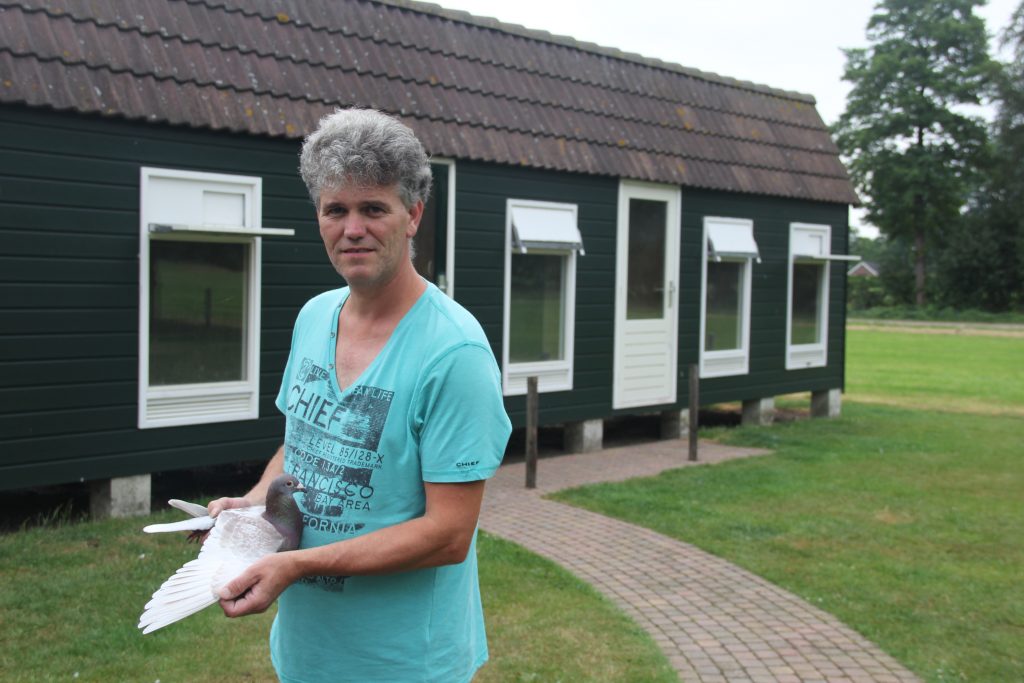 Elsewhere in this journal you can read, that this grand master Harald Zaidi (48) the victory on this national competition in the waiting dragged. But also he delivered the best performance of the Loft 997 lovers on this marathon flight. Six of his eight entries were flying in the prices. Harald lives with his wife Gerda in half of a block of two next to his parents. If 12 year he enlisted as a member of the p. V. Air sports in Vroomshoop. He was program player to 1998. From that year, When his current own such an accommodation was built on his farm, He has specialised in the marathon happen. Only on the first afternoon discharges and occasionally, there appeared on Barcelona. But the last period he also plays on the ZLU flights on the line. View of the South line from East Netherlands. To do this, Harald abolished over the years only pigeons with top players. Pigeons that have proven themselves on national competitions. As with Jelle Jellema, where he does grow together, but also with Marcel Deeds (Didam), Arjan Beens, Gerrit and Jacco Villaflor (from the Jo, 1e National Mont de Marsan and top breeder Cabal Giant. And with success, as it turns out. In the VNCC was from 2009 among other things the following Championships: 2009 1e UN-appointed; 2010 1e UN-appointed; 2011 3e UN-appointed ; 2012 2e UN-appointed; 2013 3(e) designated and 2015 2e UN-appointed. Furthermore, in the VNCC two victories achieved in Mont de Marsan (2006 and 2008) and a on Limoges (2007). In 2006 He was 2nd a. and 3rd o. (a). Loft champion int. overnight-Federation Middle Netherlands, in 2011 1e Cat. 7 Wet. Fondspiegel and in 2012 2e Cat. 7 Wet. Fondspiegel. In the N.. in 2011 He was 2nd Marathon and 5th General. In the East Netherlands in long distance Club 2011 2e General, 3e a. and 3rd o. (a). In short Harald Zaidi from Den Ham Meanwhile belongs to the top of the marathon players.