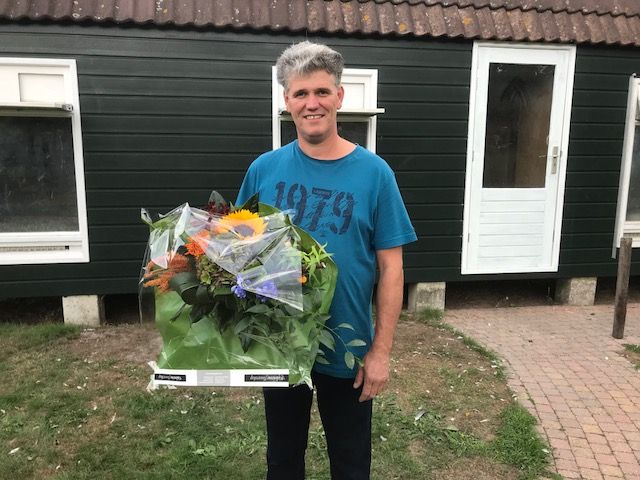 More than two years back was on the Marathon pigeons journal a series on making a plan. All aspects of the pigeon sport came along and the importance of. If you are talking about a lover with a plan ... then is Harold Zaidi from Den Ham a good example. He knows what he wants, know for pigeons you need. Are looking for if it is necessary to adjustments in the preparation, guidance, training or loft. This is all that is needed to improve. And very important ... is critical to himself if it's not good enough. The true mentality of a great champion. Harolds pigeons flew again this year with the best with it. He stood at the top of the champions of Division 9. He had the best pigeon in the afternoon releases of Marathon North and to cap it all, he won the Supercup in the same League. He scored on all six flights that count: St. Vincent, Dax, Barcelona, Marseille, Bergerac and Perpignan. A top performance!!!

The lover
Harold Zaidi is now 48 year. He lives outside beautiful ... just outside the living core of Den Ham, what belongs to the municipality of twenterand. The municipality name betrayal all where you can find on the Dutch Den Ham map. To be more specific. .. it is located Northwest of Almelo. On this place inhabits Harold with his wife Gerda a beautiful double House. His parents in the other half live. In the spacious garden is enough space for his hobby gardening and of course passion the pigeon sport. And though the marathon pigeon sport, where he is since 1998 on dedicated. Harold has different pens and run, some of which are mobile. On one loft (13 metres) are the 40 racing pigeons and couples on the other loft (spacious 3 metres) are the 16 breedin. In addition, some nursing couples to a few eggs under the best couples. To the breeding loft is a spacious ren built for the approximately 80 boy. Furthermore, there are in the yard a few racing. One to the racing pigeons in to take a shower and to give additional outside air, especially in the winter time. In that period the pigeons are fixed, otherwise they are feed for the birds of prey, that are present in large numbers in this environment. The other ren used to separate or to temporarily to Harold pigeons pigeons in to do that go to a sales.

Collection of pigeons
The base of the pigeon by Harold consists of descendants of the top couple 1336 ' x ' Morssie '. ' This couple is for the most part on pigeons with the blood of the tribe of Jan Theelen. ' The ' is totally a 1336 Theelen and ' Morssie ' is 50% Tahir and the other half is daughter of the 1enat. Walpot and a son of Jan 1st National Perpignan. St. Vincent van Vinay. From this couple tribes almost all pigeons in the loft of Harold. Of course there is other blood through crossed. Especially the pigeons of Jelle Jellema do well against the pigeons from the breeding couple of Harold. But also the pigeons of, Arjan Beens, Gerrit and Jaco Villaflor (from the top breeder Cabal Giant) are good crosses with the kind of Harold. At the best pigeon ZLU-is often The ' Scam ' in the blood. This cock himself performed very well, He won at Harold o. (a). the 1st Montauban in zone 3 of the NOW (5e national), but his descendants seem to be even better. "The Scam" comes from P. Saal from his best cock. Furthermore, Harold still some descendants of his old fondsoort from the beginning. These are of the because of via Anton ruitenberg. The pigeons of Harold you can features as super soft by plume, not big and not small with sparkling eyes. Eyes does Harold is not so much, He says, but he looks like an old fashioned ' Earthen-eye ' (Red-Brown, sometimes fur eye) at a staaloog. ' On a loft without steel eyes you will encounter in this time little top pigeons,' says Harold. I think he's right there.

System
For years, Harold at the end of december all his pigeons linked. The last years is that what later become, but next season will be taken back to the ' old system '. The eggs of the growers and of the best racers be submitted, so he there 4 boy of has, Slackware. At the beginning of the spring has Harold than such a 100 boy grown. With this method is our man out of the Ham for the preparations for the racing season finished growing. The pigeons are then in widowhood and are then placed on a litter for the various flights. A few pigeons remain all season in widowhood. These pigeons are then just between the nest pigeons. Harold plays a lot on eggs, but there are also pigeons on boy played. Certainly at the end of the season is that useful to them well in the pens in baskets. At the beginning of the season the pigeons will be initiated with as many relatively short flights. If the long distance season is approaching, the racing pigeons at least twice a day 1,5 hours training. This makes the pigeons in a good condition to cope with the large long distance races. After the pigeons well underway have come from the short flights they go away with it towards the middle distance and if it fits a little further in the program. In May and June is also done on the flights that are basketted in Hank. The pigeons get a good mixture of Beyers (Jacob sports and Jacob Energy) Enter supplemented with nibbling seeds, hemp, peanuts and sunflower seed to the long distance races far. As a result, the pigeons build enough reserves to cope with the heavy work. Medications are used as little as possible on the loft of Den Ham. As a precaution, the pigeons are given such a 4 weeks before the first overnight flight a further Yellow Spa and only something like them what fail. Pigeon friend and veterinarian Jelle Jellema is consulted as Harold not familiar, but he rarely need to intervene. This year, did not require. Harold is pleased to, because he keeps his pigeons preferably as close as possible to the nature. 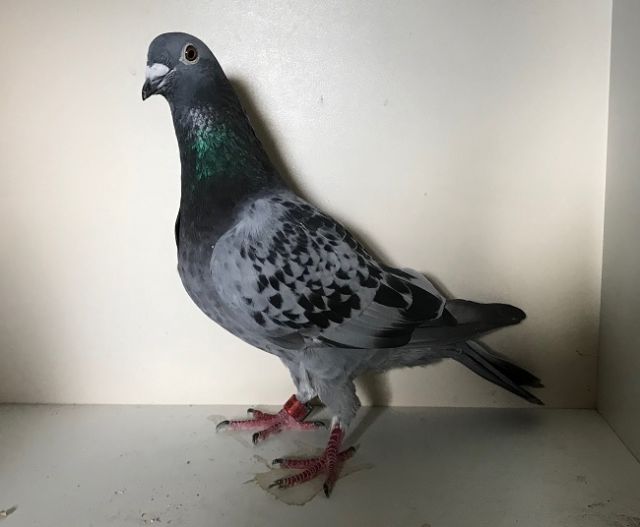 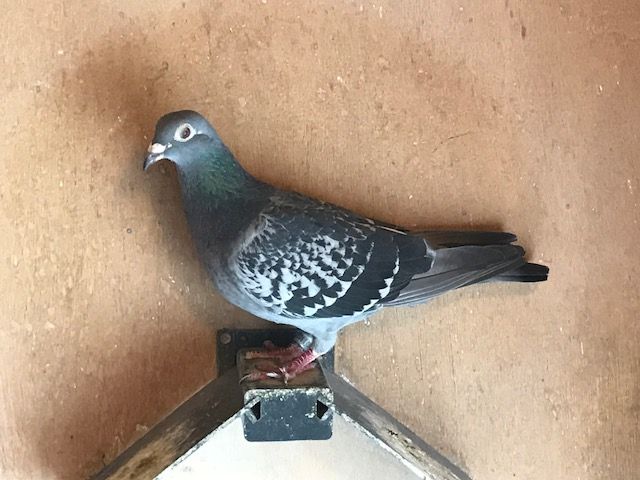 All Super Cup-winners
The Young Rascal is the topper on the afternoon releases. He was previously in the story (at the cup of ACE pigeon afternoon releases) already extensively covered. ' 256 ' of The 255 ' and ' The 2015 come from a male Dove, who goes through life as ' Mercy ' Son. His father (' Red Thunder ', son Jacob ' Red ') won three prizes at the first 40 in big races by an average of nearly 3.000 pigeons. His mother is ' Mercy ' and won the 19th International Barcelona. The mother of ' the ' and ' the 255 256 "comes from Jelle Jellema. Her father is from a half-brother of ' Romee ' with ' Julia ', which o. (a). the 9th National St. Vincent won.
' 278 ' of The 2012 comes from a son of ' The Scam ' with ' Silver star ' with a daughter of ' the Boerinneke ' of the Gebr. Löwik from Almelo. They win a 1st of Limoges in the VNCC at the brothers from Almelo. Her father wins the 1st of Dax of the VNCC. This is an important tribe pigeon doffer known brothers from Twente.
The last pigeon who made important contributions to the victory of the Supercup is ' The Argus ' Veens. This blue hen of 2014 is grown at father and son (Gerrit and Jaco) Villaflor from Veenendaal. Her father is the famous ' Cabal Giant ' (Van Wanroy times C.). He is father of the 3rd National Narbonne (' Bella Donna '), the 1st of the Fondunie of Hamburg (' The Sunset ') and two Teletext pigeons at Jan Hendriksen from Lunteren and Martin J from Bennekom. The mother of ' Blue ' comes from The Veens Chose Sal from De Bilt. She comes from the same line as the first national winner of Cahors by Chose.

... more info about Harold Zaidi you can soon read in the report about the pigeon champion afternoon releases 2018.